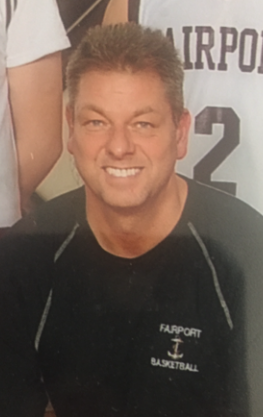 Mr. Romeo graduated from Slippery Rock University (PA) in 1991 with A Degree in Health and Physical Education. He received his Masters Degree in Education from Marygrove College (Detroit, MI) in 2005.

Mr. Romeo graduated from Eastlake North High School (1984) where he played quarterback on the football team and was an All-Greater Cleveland Conference and All Lake County Guard on the basketball team. He also received the Perfect Attendance award.

He graduated from Slippery Rock University (PA) in 1991 with a Degree in Health and Physical Education. He received his Master's Degree in Education from Marygrove College (Detroit, MI) in 2005.

Mr. Romeo has also coached Boys Basketball for the past 27 years. After two winning seasons as an assistant Freshman Boys Basketball coach at North (1993-94, 1994-95), he took over the Boys Basketball program at The Phillips-Osborne School (Painesville). In 1995-96, he inherited a team that was (0-16) the previous season and went on to finish (11-5). After two winning seasons at The P.O. School, he took over the Middle School Boys program at Fairport where he will begin his 24th year. During that time the Skippers have won four postseason Tournament Championships, including 2016, when they won the Chagrin Valley Conference Tournament title as a no.5 seed. Mr. Romeo is still active in Men's Basketball Leagues and has been for over thirty years. He has won many league championships and individual awards at that time. He was named the Eastlake Men's League Player of the Year for 7 consecutive years (1991-1998). He also was the Euclid Men's League BGSD.com MVP in 2009-10, 2010-11. He was the MVP of the inaugural Varley Tournament (2005)and the Lakeland Community College Christmas Tournament (1992).

Mr. Romeo enjoys reading, working out, and spending time with his family. Mr. Romeo has also been a Day Camp Counselor at both the Eastlake and Willowick Recreation Department every summer since 1986.